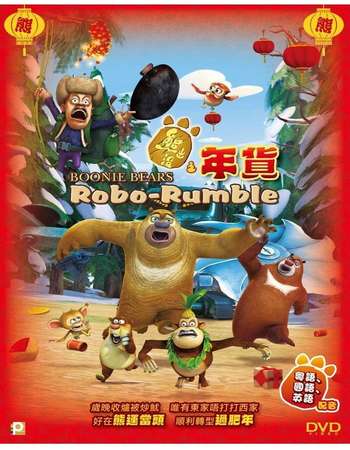 Story: With Spring Festival just around the corner, Logger Vick decides to make one final attempt at earning enough money for a grand New Year’s celebration. However, when he learns that he has just been laid off for the holiday season, his hopes are shattered. Vick decides the best way to deal with this problem is to get another job. After many failures, he finally gets employed as a Forest Ranger. At first, the bear brothers, Briar and Bramble, accuse Logger Vick of just ‘pretending’ to be a Ranger, with his true intention being to chop down trees in secret. But when a giant “Supper Chopping Robot” arrives to log the entire forest, the animal gang must learn to trust their one time enemy and work together to defend the forest!