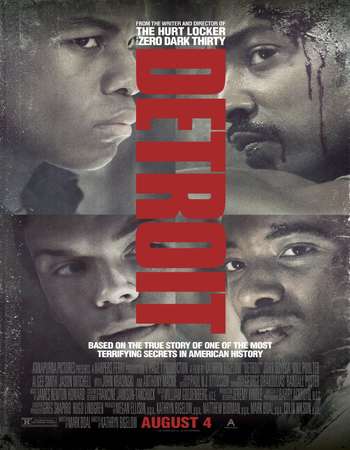 Story line: A police raid in Detroit in 1967 results in one of the largest RACE riots in United States history. The story is centred around the Algiers Motel incident, which occurred in Detroit, Michigan on July 25, 1967, during the racially charged 12th Street Riot. It involves the death of three black men and the brutal beatings of nine other people: seven black men and two white women.