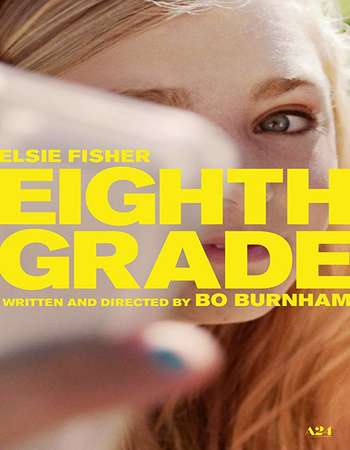 Story line: In his feature film directorial debut, comedian Bo Burnham deftly encapsulates the awkwardness, angst, self-loathing and reinvention that a teenage girl goes through on the cusp of high school. Given that the 27-year-old stand-up comic achieved fame as a teenager himself through YouTube by riffing on his insecurities, he is uniquely capable as the film’s writer and director to tell the story of Kayla, an anxious girl navigating the final days of her eighth grade year, despite creating a protagonist w female instead of male. Like Burnham did more than a decade ago, 13-year-old Kayla turns to YouTube to express herself, where she makes advice blogs in which she pretends to have it all together. In reality, Kayla is sullen and silent around her single father and her peers at school, carrying out most of her interactions with her classmates on Instagram and Twitter. Her YouTube videos are a clever narrative tool that provide insight into her inner hopes and dreams, much like an …